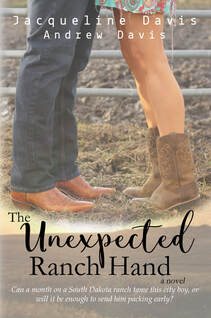 The Unexpected Ranch Hand
Can a month on a South Dakota ranch tame this city boy, or will it be enough to send him packing early?
David Cavanaugh thinks he has the dream life: great job, beautiful soon-to-be fiancée, strong family name in Chicago. That is, until the truth is revealed, and David bolts, running from it all. On his spontaneous escape out west, he finds himself in yet another predicament: a county jail in the middle of nowhere.
To keep his family’s name from being dragged through the mud, David chooses to serve his sentence in secret. His punishment: community service on a local ranch, where he’s given a less-than-friendly welcome from the rancher and his twenty-something daughter. David would honestly rather stay in jail than have to serve these people.
Abigail Sheppard is painfully aware that her life is far from ideal: a broken engagement, a funeral, and a failing ranch are not at all what she’d planned on. As she struggles to help her father, she prays for a ranch hand to help, someone to lift a burden and restore joy. David Cavanaugh cannot possibly be the answer to her prayers. He’s rude, arrogant, and risky, just like Abigail’s ex-fiancé. The last thing she needs is another faulty situation. Or a distraction.

Both David and Abigail have time to realize what a good life really can be through unexpected partnership in Jacqueline Davis’s newest book. 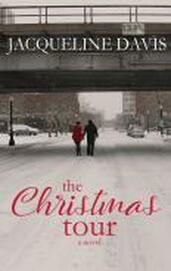 The Christmas Tour
Penny Lark has been running from one small town to the next. Will a Christmas Tour be enough to keep her in one place?
Penny Lark doesn’t know where Fort Wayne, Indiana, is, nor does she care. As long as its news reporter job is a stepping stone to her dream career - morning news anchor in New York City - she’s fine spending a little time in this sleepy small town. But not too much time. With her eyes on the prize, she has never stayed anywhere longer than six months, and she plans on making her stop in Fort Wayne even shorter.
Nolan Ash, born and raised in Fort Wayne, has made a reality of his late father’s dream of opening a bed and breakfast in charming downtown. In honor of his father’s love for the holidays, Nolan offers an annual Christmas Tour of Fort Wayne out of his inn, one that highlights the town’s Christmas displays and festive events. The Tour soon becomes a regional sensation, one that grabs the attention of the town’s newest reporter.
When Penny decides to run a month-long story on Nolan’s Tour as a guest in his bed and breakfast, Nolan must face that which he resents the most: reporters, who in his eyes are the most selfish people on earth and were a contributing factor in his family’s demise after his father’s death. Penny, in turn, must face Christmas, a dreaded holiday thanks to her own father, and pretend to love it as much as the town’s inn owner. For the sake of their careers, both must face that which they despise, and it might take a Christmas miracle for these two to get along and find forgiveness, love, and new perspectives.
Buy The Christmas Tour now! 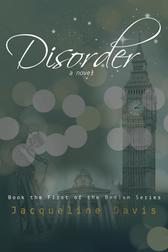 Disorder: Book the First in the Bedlam Series
Everyone along Katherine’s path holds a secret, a piece of information no one wants found out. How far will they go to keep it hidden?
Katherine Whittemore has been shielded her entire life from the haunts of Bethlem Royal Hospital, the notorious asylum of Victorian London. The daughter of one of Bethlem’s doctors, Kat was kept from madness until urged by her father to visit the hospital as a distraction from her household duties. It is at Bethlem that Kat falls for her father’s best friend and colleague, Dr. James Blair, even though many in her household warn against him. He has secrets, dark ones, and soon Kat discovers he’s not the only one.
​Visiting Bethlem forever changes Kat’s life and what she believed to be true. Kat suspects that something is amiss in her home, the house she must now try to save. Not even her relationship with James is enough to quell this suspicion, especially as those around her begin acting erratically. As Kat prepares for a Christmas Ball at the insane asylum where her father once worked, she can’t help but wonder if her household may mirror Bethlem in ways she hadn’t before imagined.
buy now! 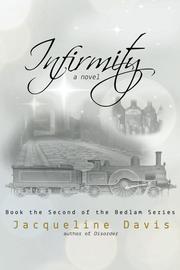 Infirmity: Book the Second in the Bedlam Series
​Welcome to The Dials: Trust no one. Step carefully. Live while you can.
Katherine Whittemore, a girl who has just discovered seemingly horrifying secrets about herself, has fled her home and the man who loves her, Dr. James Blair. She now turns alone to Seven Dials, the slums of Victorian London, where those with nothing go to try to survive. The Dials welcomes her as it does any other: with the slap of pain, suffering, and violence that has been known to kill its inhabitants. Kat summons the strength to face these obstacles alongside some friends she encounters along the way, but many don’t outlive the treacherous Dials.
Meanwhile, James suffers in the wake of Kat’s absence, questioning his role as a doctor of the mad at Victorian London's asylum Bethlem Royal Hospital, until he receives an unexpected arrival from his past. Elizabeth, whom he was destined to marry as a young man, appears in the midst of his grief, bringing with her the joy and comfort he’d felt while young. Torn between searching for Kat and rekindling an old flame, James must now choose between the love of his life and the love of his youth.
Set against the perilous backdrop of both Seven Dials and Bethlem Royal Hospital, Infirmity addresses the power of love, including loving oneself, in the midst of all difficulties and realities. Join Kat on her journey of discovering if she has the power to love all parts of her life, including those she has run from in Infirmity, the harrowing sequel to Disorder in the Bedlam Series.
buy now! 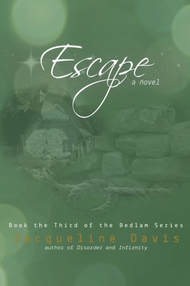 Escape: Book the Third of the Bedlam Series
One Woman. One Revolution. It has all led to this.
Sean McGuire has finally returned home to Dublin, Ireland, after years of undercover work in London for the Irish Republican Brotherhood. Surrounded by fellow comrades in his homeland, he relishes in this new-found family and submits to his leader's authority without hesitation. That is, until he's assigned a new leader, someone he wasn't expecting: a woman. And not just any woman; someone who’s a sharp-shooter and willing to give extreme orders.
Meanwhile, Katherine Whittemore, the woman Sean loved while in London, embraces her new life in Birmingham, England. Married to the residential physician at Yardley Green Road Sanitorium, she spends her days caring for her father whose health is finally improving. Her life seems to be a dream realized until Mr. Bertram Snead, the man who had once tried to kill her, is up for parole, and Katherine and her family find they must return to London for his hearing.
​It’s been seven years since Sean left Katherine in London, yet the city beckons them to return, and they both heed its calling. As Sean devotes his energy to helping the Brotherhood pull off a prison escape at Clerkenwell House of Detention, Katherine arrives at the same prison to put the past to rest. What does London have in store for the two of them? Join Katherine on her journey back to London to face both her fearsome and adventurous past in this thrilling final book of the Bedlam Series.
buy now!